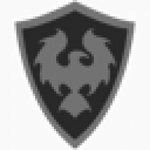 Jl1223 is a member on BZPower, and has written one comedy in the time there, "How To Live A Exciting Life" which is not really popular at the moment, although he enjoys writing about it. He is a major fan of Toa Zehvor MT's comedy series, TBTTRAH Series, and also a fan of The iBrow Classic's Tahu VS Tahu comedy.

JL originally began as a regular idiot, browsing the interwebs. At some point in his life, a friend of his introduced him to bionicle. He got interested, and bought some sets. Soon, he lost interest. However, he kept on stumbling across Bionicle related items which got him interested for a short time again. He created a bunch of videos about it, but eventually took them down from youtube. Finally, when Bionicle was ending and Hero Factory was starting, JL stumbled across the forums of BZPower. Originally thinking it was just a random fansite, he had skipped everything in it. As he stumbled across the main page, he spotted something that helped change his life.

A hot topic at the time, JL got interested and clicked. He clicked, and read the entire season 1. He read comments about how it was a great 'comedy' and decided to browse around. He stumbled across some funny comedies, but none of which were a few of the greatest. He kept on commenting, looking, until one day he decided to take a shot at a comedy himself. Inspired by a lot of previously read comedies (and making friends with a lot of "famous" authors), he wrote "How To Live An Exciting Life", a comedy revolving around a group of bionicles and hero factory toys living in an apartment. Although expecting major criticism, he managed to recieve quite a few positive comments. Soon, he decided to start adding action elements in, after having found other awesome things in the interwebs, which brought him more awesome things (RT made me get a Xbox 360.) As he continued writing, BZP closed down for maintenance, stretching from the end of april to (currently) september of 2011. He continued playing Halo, until 1 day, he once gain came to the BZP Comedy Wiki, where he found a note written by MT. He followed the instructions and joined Hipor: Empire of Pixels, a forum made nearly entirely of BZP Members. JL decided to write more stories, and this time got permission from MT to write a action-comedy revolving around his TBTTRAH Guest Star character, known as JL. He started writing it at HiPor, and planned a release for BZP as soon as everything was up and running well.

How To Live A Exciting LifeEdit

Timeline of Jl1223 on BZPower Edit

Jl1223 discovers the comedy section and is immediately hooked

Jl1223 finds the machinima Arby 'n' The Chief, which changes his life. Somewhat.

Jl1223 starts his first comedy, "How To Live A Exciting Life" on BZPower.

Jl1223 finds the machinima Red Vs. Blue, which changes his life. Somewhat.

His first self-moc is built.

BZP goes into downtime and JL goes away to play alot of Halo.

Jl1223's mac is wiped and so is the massive chapter he was writing for the return of BZP.

Jl1223's summer holidays starts, and his cousins arrive at ... the place he lives in... from America.

Jl1223 manages to find HiPor by revisiting this wiki, and finds Aftermath 2.

School starts again for JL as he continues gaming. He gets a capture card and starts making gaming videos while finding ideas for stopmotion videos.

JL does mass editing on the BZPC wiki, continues gaming, and continues writing a lot more stories than previously.

Retrieved from "https://bzpcomedy.fandom.com/wiki/User:Jl1223?oldid=5662"
Community content is available under CC-BY-SA unless otherwise noted.