Create the page "The Homepage" on this wiki! See also the search results found. 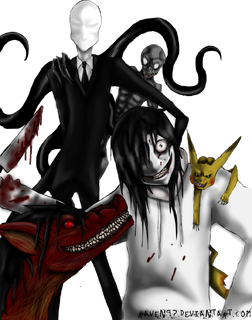 A creepypasta is a short story posted on the Internet that is designed to unnerve and shock the reader. The goal of the Creepypasta Wiki is to have a well-stocked library of creepypasta, including very obscure stories as well as…