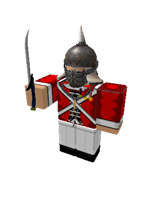 ManiacToaLaco (pronounced man-I-ack-toa-lack-oe), is a comedy writer on BZP. He has done a few comedies, of which two went on hiatus (one only after one chapter) and never started again, as well some he never even bothered to post. However, his major work is the Transonicle series.

His work (mainly Transonicle) is usually considered moderatly funny, is written in Prose, contain large, 1400-3000 word chapters (with a few 5000 words ones), and would probably be considered Epicomedies, containing large plots and rather violent action (its ok, the characters are robots). Transonicle and Transonicle 2 both contained large hiatuses, but for different reasons, and he returned at least.

His Time on BZP
ManiacToaLaco joined BZp on May 17th, 2007. He spent most of his early time reading epics, comidies, and posting on General discussion. After roughly a month or two, however, he had his first great hiatus. He came back and posted more, his spelling and grammar slowing getting to the level you see today. He attempted to write an epic, using the reply button though, which resulted in an accident with posting, stoping the epic from ever seeing the light of day. Another month or so, and he tried his first comedy, Down in the Blue, blue Pit. He resieched minor success, and he stopped after the 12th chapter. But it was enough to get the creative juices flowing. He went to his first (not really) great work, Transonicle, a spoof of the 2007 Micheal Bay Transformers film. Going from script format to prose, with guest stars pouring in and the laughs being said, all was good. However, disaster struck, and he went on hiatus for almost a year, until trailers of the sequel to Mr. Bay's film appeared on TV.
His Return
He knew he had a duty to do, and he opened up word processor, and finished Transonicle. And within a month or so, he had seen Transformers 2 in Theaters, and he began work on Transonicle 2: Revenge of Icarax. The only hiatus he had was when BZP went offline, and he soon finished Transonicle 2 by mid-summer. Then, he took a break from BZP, focusing on school. He came back, and helped fellow BZP member ToaCrash with his spoof, G.I.Toa: Rise of the Doom Vipers. Maniac also began a fourth comedy, the Piraka Kick, which he stopped work on after the first chapter. He took another break, leaving poor ToaCrash alone with his comedy. Maniac is back now, stronger than ever, and is trying is almost best to wrap up Transonicle for good, having started Transonicle Re-Mastered and Transonicle 3: The Ultimate Doom.

Retrieved from "https://bzpcomedy.fandom.com/wiki/ManiacToaLaco?oldid=5923"
Community content is available under CC-BY-SA unless otherwise noted.